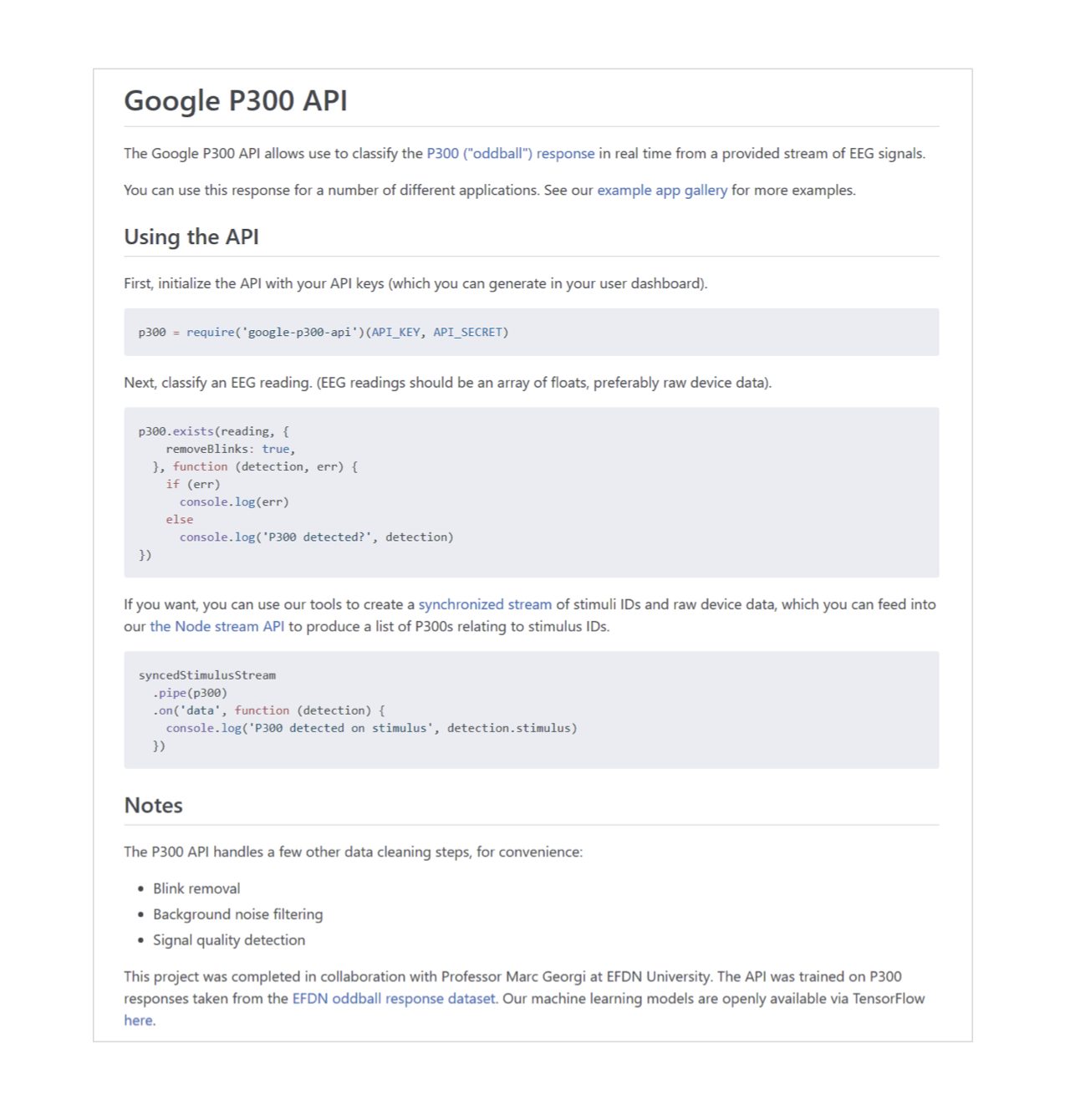 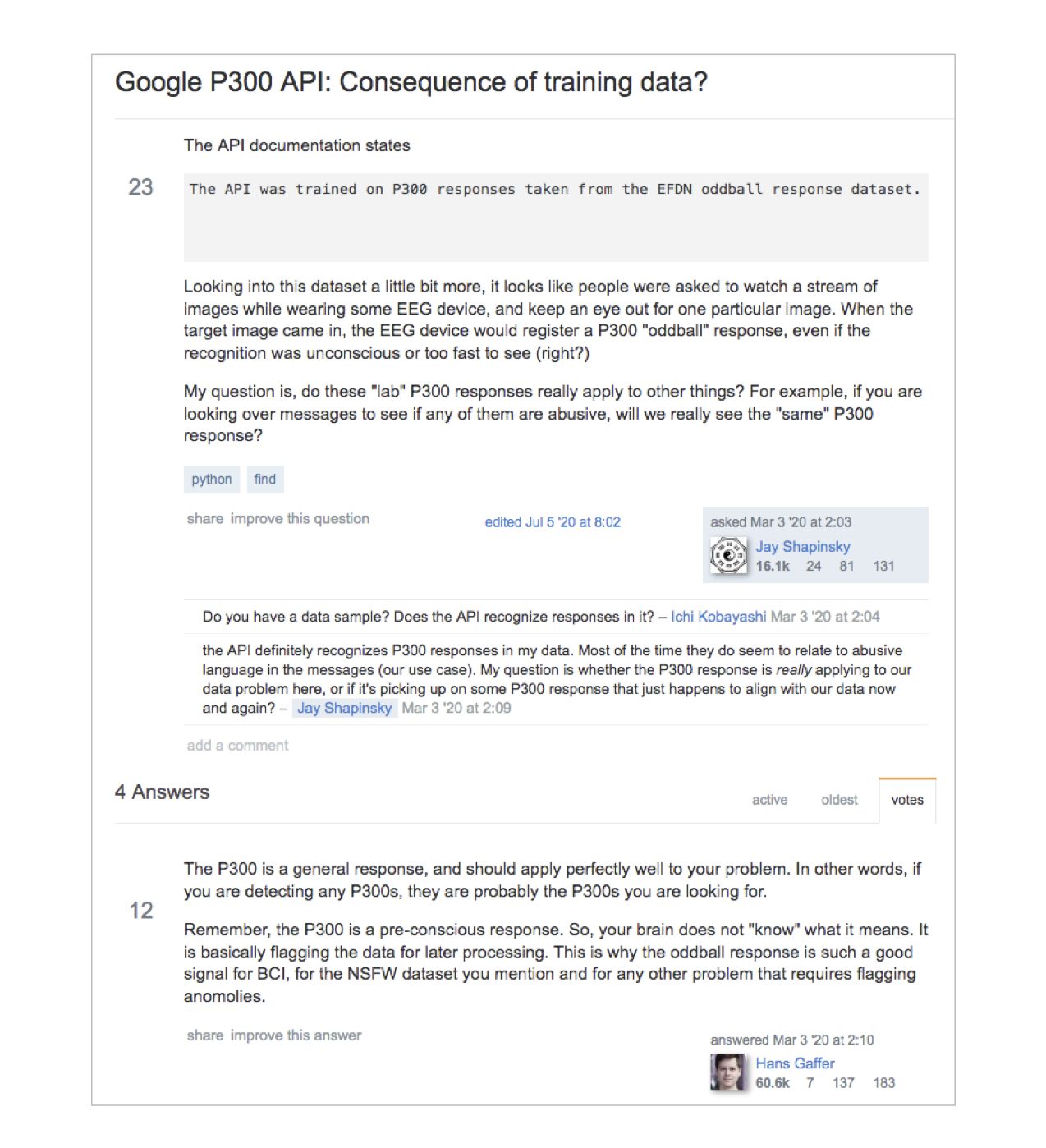 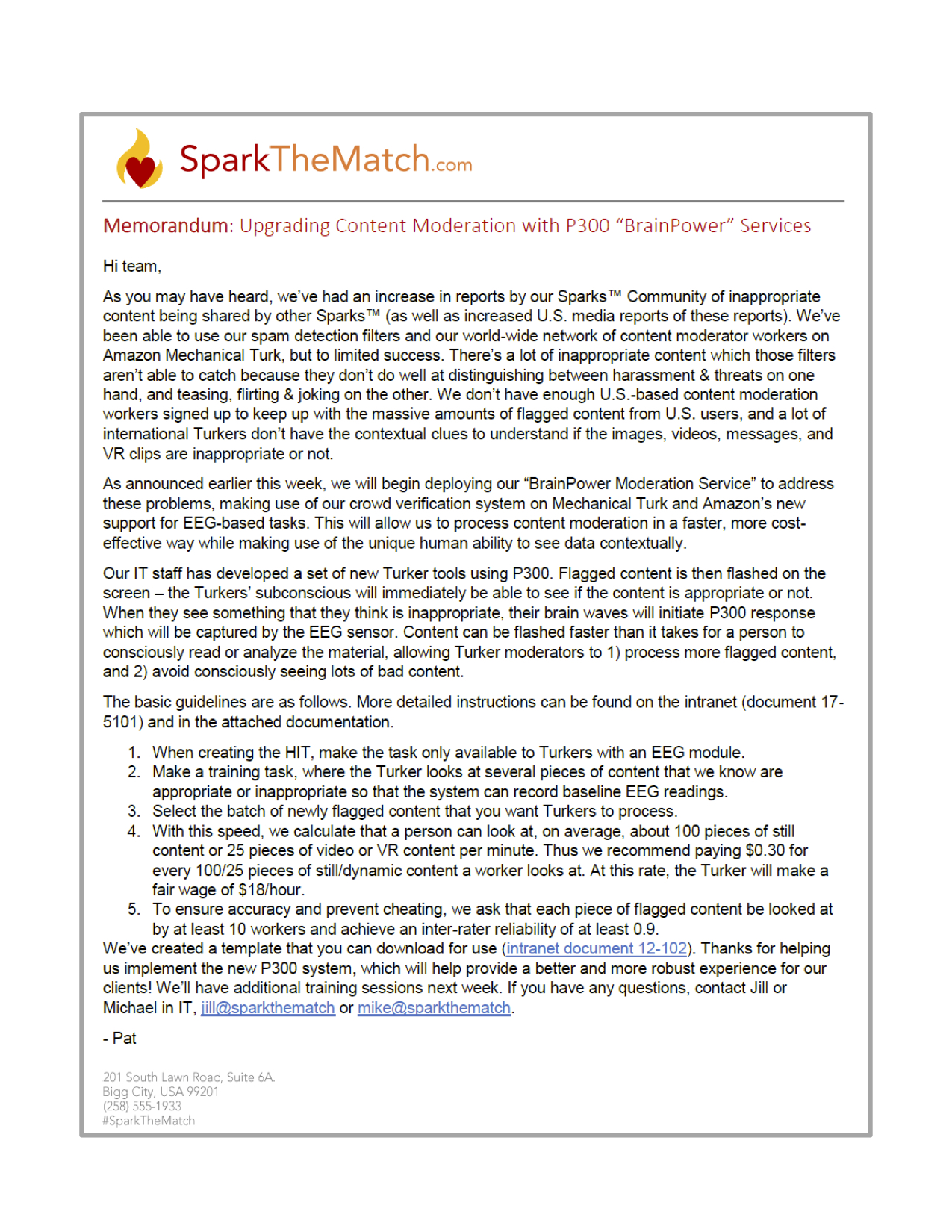 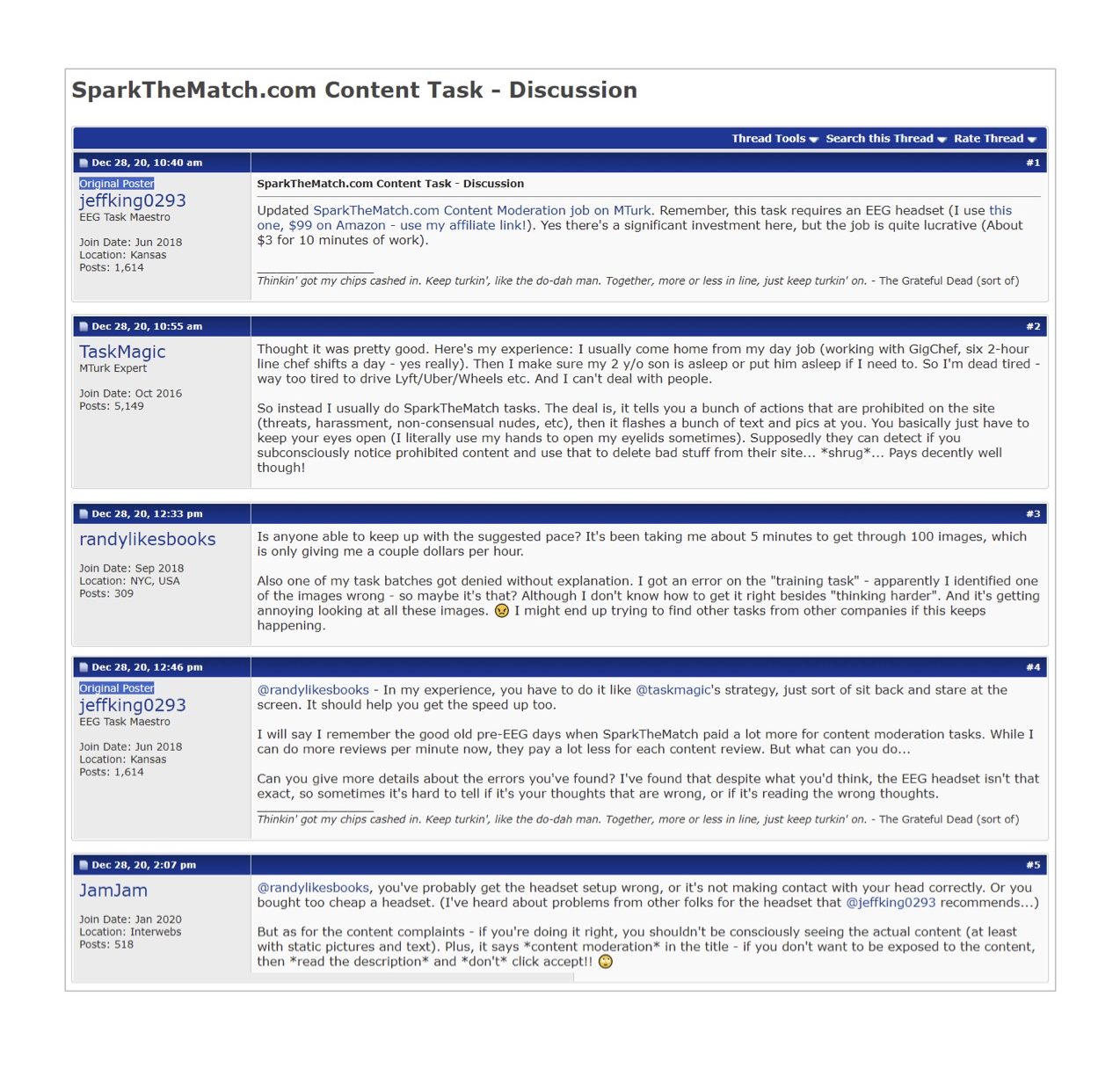 This project uses design fictions—fictional scenarios expressed through designed artifacts—to explore how brain-computer interfaces (BCIs) may be adopted, and what the social implications could be. Current narratives of BCI adoption tend toward the utopian or dystopian; in this project, we emphasize the mundane, and look at how BCI systems will scaffold upon existing infrastructures and power relations, particularly those surrounding labor, management and the gig economy.

We describe a scenario through multiple stages of the design process. First, we design a fictional API that monitors a basic BCI signal relating to unexpected stimuli. Then, we show a programmer’s question about the API on StackOverflow, asking if the API might be useful to detect unconscious responses generally. Next, we discuss an internal memo from a dating company seeking to use the API for content flagging, having workers look at flashing images of content and using the API to detect their unconscious responses to it. Finally, we show forum postings among the Mechanical Turk crowd workers who perform the human labor behind this BCI-powered moderation infrastructure. Through these fictions, we deepen and expand conversations around what kinds of (everyday) futures BCIs might create.