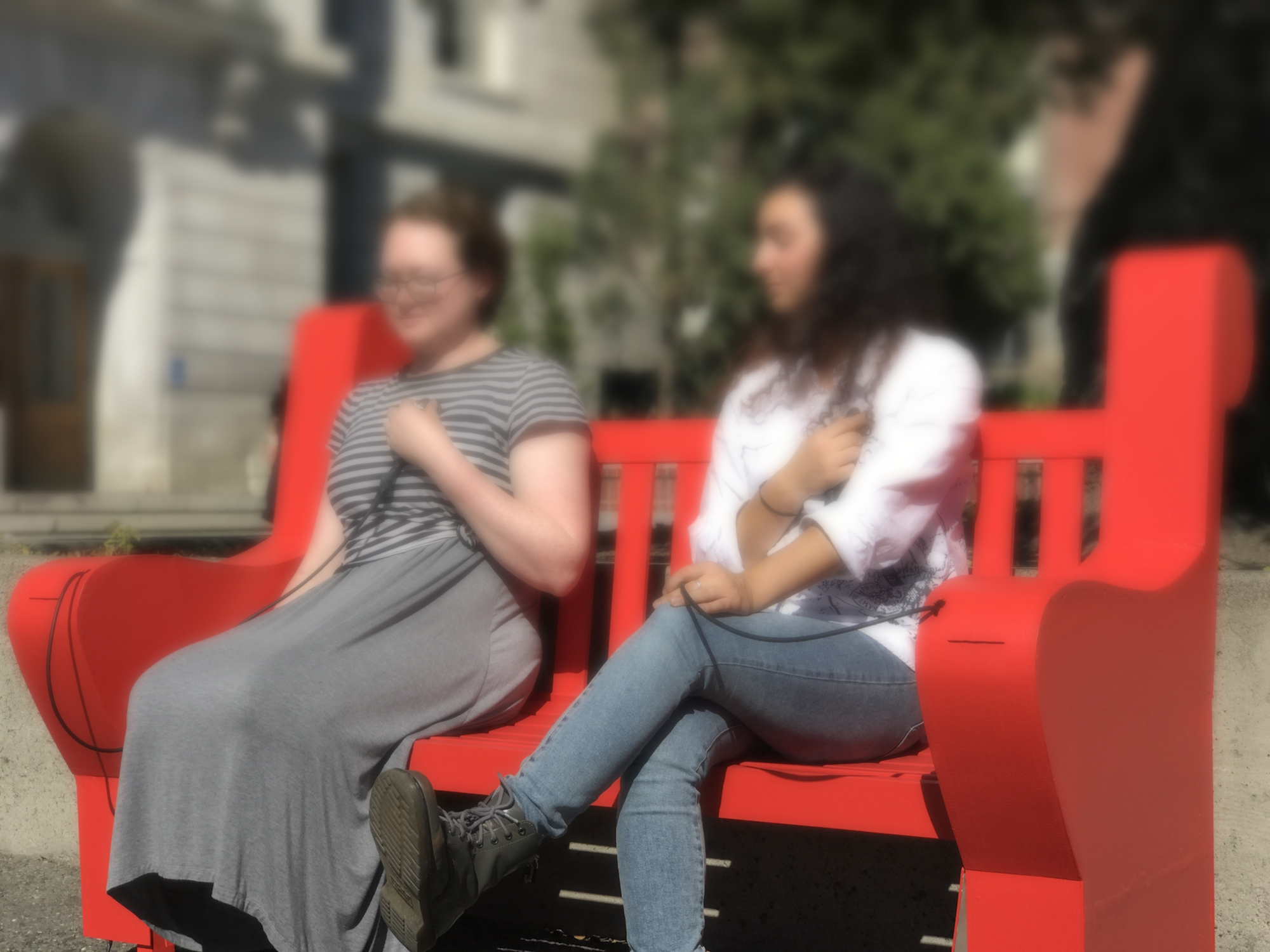 BioSENSE PhD candidate Noura Howell and Professor Kimiko Ryokai received a grant from the Center for Long Term Cybersecurity for her project the Heart Sounds Bench. A paper is forthcoming at CHI 2019 (pdf) and she is excited to continue developing the project!

Visions of the “Smart City” promise safety and efficiency using sensors, data, and technology. While data-driven approaches often claim to escape social prejudice with objective insights, they can instead bolster inequity and create cybersecurity threats for vulnerable populations. This initiative will focus on creating artistic yet fully functional technologies, with a goal to foster critical discussion and radical re-imagining of the role of sensing and data in smart city visions. Among the planned projects is a “Heart Sounds Bench” that amplifies the heart sounds of those sitting on it. In contrast to other technologies using heartbeat data to categorize emotions or suggest crime or health risks, the bench simply invites rest, listening, and sharing space with others.